Hot on the heels of the Opening Evening was the first Holbeach United Community Sports Academy Summer 6ixes Tournament.

Fantastic football was played by all teams involved. The weather was kinder on Saturday than on Sunday but that did not hamper the enjoyment of the spectators or players.

The tournament was uncompetitive for Under 7’s & Under 8’s but the tournament for the other ages groups was made up of group stages, semi finals and final.

Our congratulations go to all the winners and to all the teams that took part. It was fantastic to see so many teams enjoying our new facilities.

Special thanks goes our to the Holbeach United Community Sports Academy Committee and helpers of the committee. With out your help prior to the tournament and during the tournament in would not of been such a great success.

Finally many thanks to the referees who gave up their time on Saturday and Sunday. Some referees were very young but handled themselves superbly. The car park attendants, the football collectors, the first aiders, the bbq helpers, Lincs Party Hire, Rolfun Bouncy Castles and Sean from The Old Exchange Holbeach Mobile Bars.

Please see our Gallery for all the photos we have from the tournament. If you have any you would like to add please email them to info@holbeachunitedcsa.org.uk. 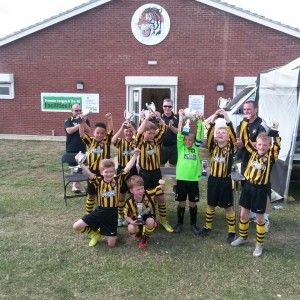 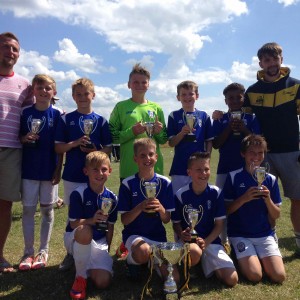