On Saturday 6th July the following age groups will compete

On Sunday 7th July the following age groups will compete

For a tournament booking form please contact Rob Bell on 07957 140 863 or email robbell5@me.com or click on the link below:

For a tournament booking form please contact Rob Bell on 07957 140 863 or email robbell5@me.com or click on the link below for more info:

Having a mascot was the brainwave of Holbeach United coach Max Holt, his wife, Kate, did say this is the only good idea he has ever had. It was intended to bring an element of fun to the tournament  and it certainly did.

A competition was held to name the mascot amongst the Holbeach United Community Sports Academy players. The winning name, Whiskers, was chosen by Under 7s player Sam Winford-Russell. Sam won a new football and a £50 sports direct voucher.

Holbeach United Community Sports Academy would like to say a MASSIVE thank you the sponsor of the Mascot – TRACEY CARTER from C.CARTERS ESTATE AGENTS. 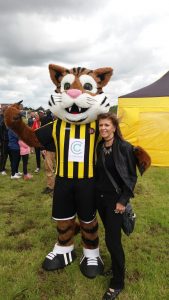 What Teams Have Said

IRCHESTER ROMANS Hi Neil, On behalf of all the parents boys and myself, we would like to thank all those involved with making a great, great tournament. We all thoroughly enjoyed ourselves and it was fantastically run. So thank u from all at Irchester Romans U12’s. Credit to all the volunteers, it really was the best run and friendliest tournament we’ve been to. We hope to be back in the future. Thanks again Jason Irchester Romans manager
LEVERINGTON UNDER 11s  Hi Neal Just wanted to thank you on behalf of Leverington u11s for another enjoyable Holbeach Summer 6ixes. We always enjoy your tournaments – very well organised, great friendly atmosphere, and all about the football, with a very high standard of football showcased. I hope all your efforts this weekend will have raised a lot of funds for your Club, and look forward to your 2017 6ixes. Many thanks JB
SPALDING ORANGE UNDER 8S Neil, Just wanted to drop a quick line to say a huge congratulations on the tournament set up and a thank you from all of the boys and parents that attended from our team who were all full of praise at the facilities and the teams that played. All of the boys thoroughly enjoyed the day and having been to last years as well with another team, we have come to expect a very high standard from this and will certainly be coming for many years to come. Regards, Gavin Baxter | Senior Structural Engineer BSc(Hons)